Red meat (beef, lamb and porc) has been a hot topic for discussion in the media for years and it can get quite confusing about what to believe. There is a lot of conflicting information out there.

Let’s start with some good and simple news – red meat such as Welsh Lamb, Welsh Beef and porc produced in Wales can be enjoyed as part of a healthy balanced diet. Read on to learn more.

The nutritional value of red meat is impressive

Red meat contains a range of beneficial nutrients including protein, healthy fats, vitamins, and minerals that are essential for good health throughout life.

Not only is red meat rich in essential nutrients but the quality of the nutrients means that the body can use them very effectively and efficiently compared to other sources.

It’s not surprising that no single food contains all the nutrients we need for good health, so try to eat a wide variety of different foods each day.

Red meat is so versatile and delicious and can be enjoyed as part of a healthy balanced diet and we can make easy adjustments to make sure we choose healthy options.

1. Cut off any visible fat and rind before cooking. The skin and rind contain more fat than the meat itself. It’s important to cut it off before cooking rather than after cooking as the fat can melt into the meat as its cooking.

2. Grill meat rather than frying or roasting. For example, trimmed porc chops that have been grilled contain around one-third the fat of roasted untrimmed chops, while a lean grilled rump steak contains about half the fat of fried rump steak with the fat.

3. If you are roasting meat, place it on a metal rack above a roasting tin so that the fat can run off and it can be skimmed off, leaving tasty meat juices to make your delicious gravy!

4. Did you know that you also don’t need to add extra fat or oil when cooking meat and you can drain off any fat while cooking when making dishes that use mince.

5. Stir-frying is also a great way of cooking meat as very little oil is used and as it cooks within minutes the vegetables remain crunchy and retain their goodness.

6. When making casseroles skim off the fat on the surface before serving. 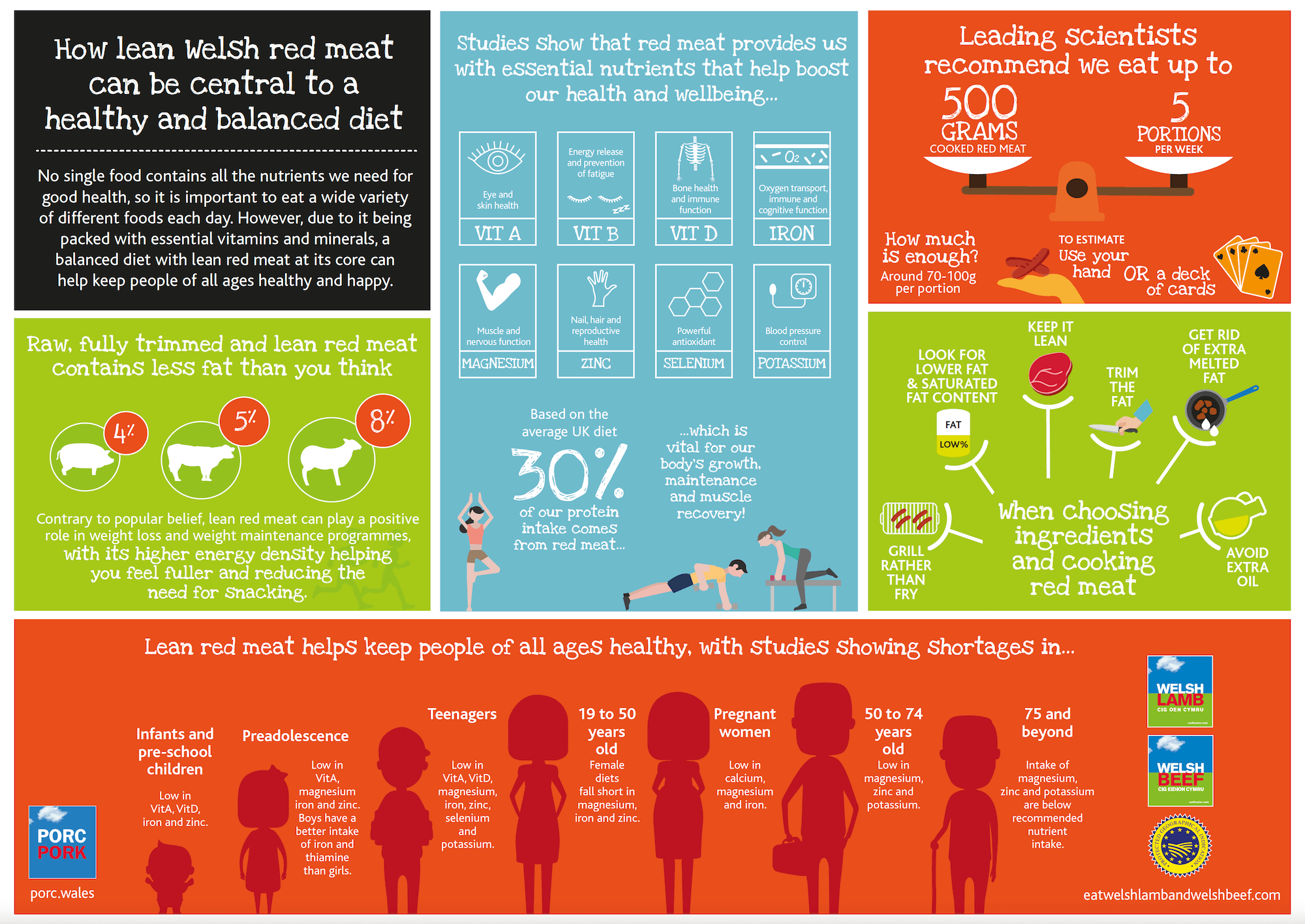